Subtractor has been around for ever, but there are still new aspects of it’s sound that can be discovered. Using Distributor to connect 8 Subtractors into a multi-voice instrument brings some new life and a little needed fatness to the synth. The MultiSubtractor Combinator is an example of a way to maximize the Combinator mapping space and CV device control for a large multi-voice synthesizer based on Distributor. The details of the Combinator and some tricks for using it are given in this tutorial.

First of all, why bother with multiple voices? The answer for many is to achieve the fatness and character of an analog or acoustic instrument. And for others it could be exploring interesting new combinations of sounds. If you’re on board with multiple voices we can proceed to the explanation.

The Combinator consists of 5 Thors, used for their modifier knobs, a mixer to mix the voices, a Distributor to process MIDI, 8 Subtractors for sound generation, and several Spider CVs for routing help. 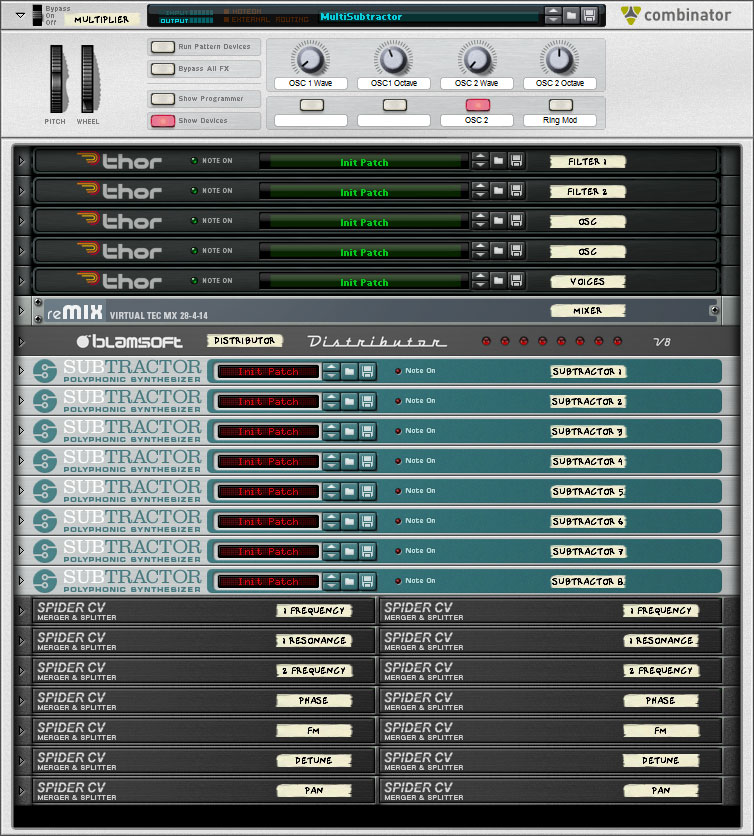 Many of Subtractor’s common controls are either mapped to the Combinator controls or routed to a Thor control knob by CV. There is still room to add diversity even to these controls as will be explained later, but for now you can think of them as common to all voices. 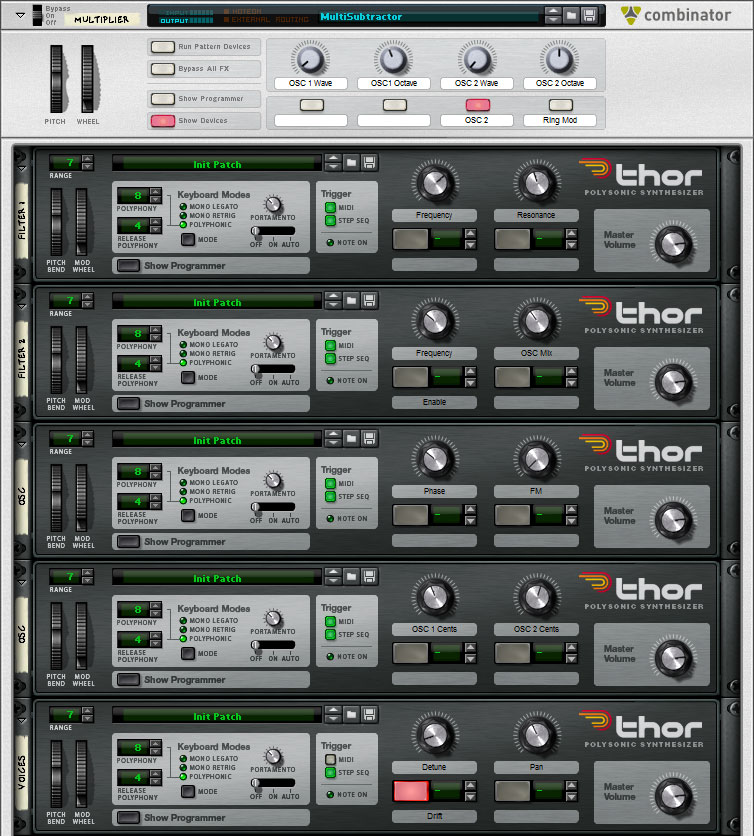 The mixer mixes the 8 voice channels. One benefit of separate voices is that they can be panned individually. Panning voices is a feature of some nice analog synthesizers. The Pan knob on the Thor pans each voice slightly differently away from center as knob is turned up. This feature can be found on the DSI Prophet 08 synth. Alternatively, you can turn the Pan knob down and pan each voice in the mixer. 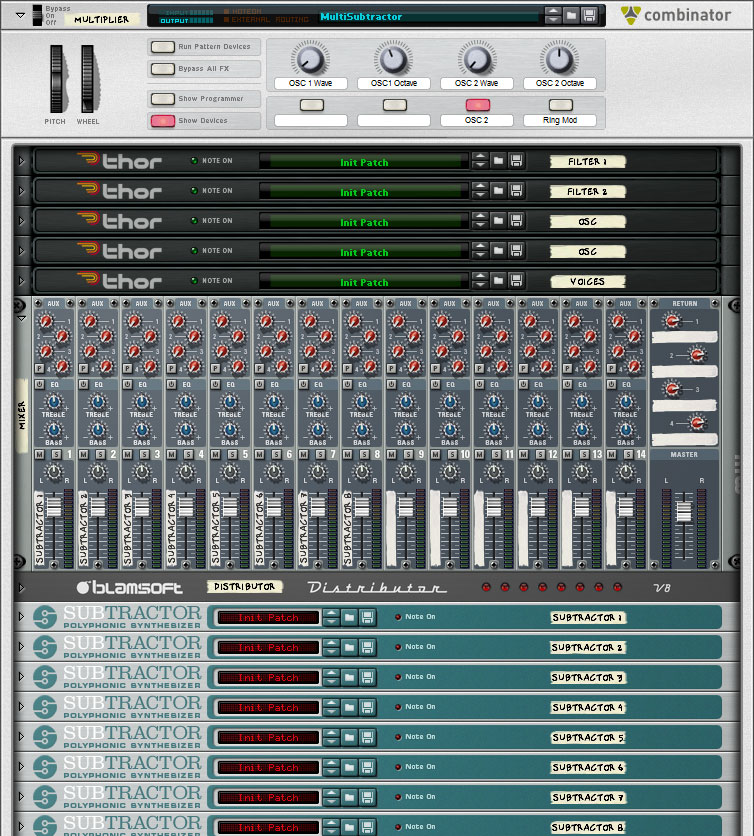 The Distributor handles all MIDI control in the Combinator and routes the Gate, Note, Pitch Wheel, and Mod Wheel to the Subtractors over CV. 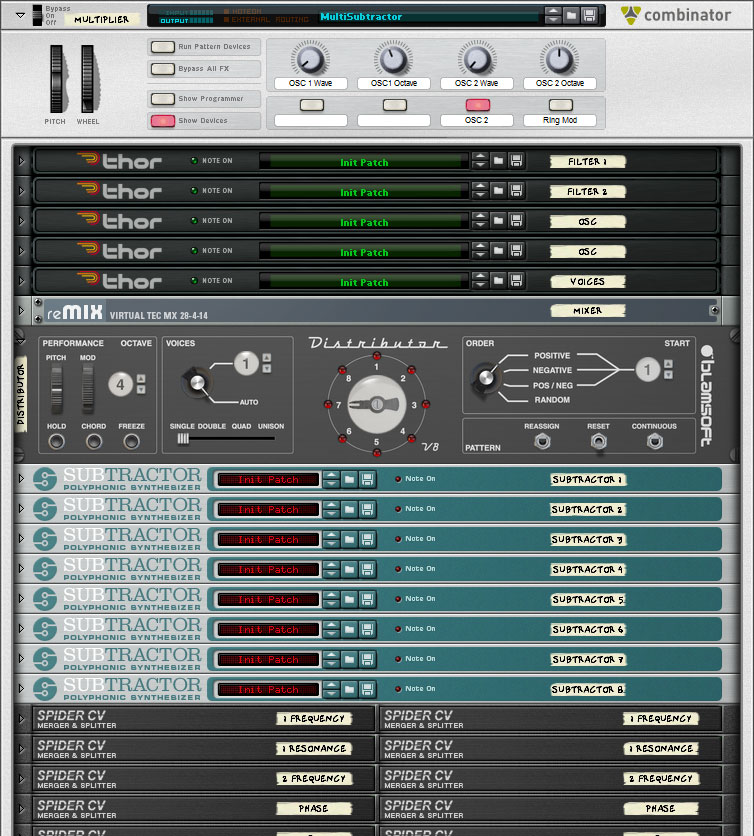 On that note, tuning is a very important aspect of making a fat sounding instrument. There is a Detune knob and a Drift Enable for the Combinator in the fifth Thor. The Detune knob adjusts the tuning of each voice slightly differently as it is turned up. The Drift setting uses a smooth random LFO at a slow rate to emulate the drift of analog oscillators.

If you want to try out a sound on a single voice, simply turn the voices selector to 1 voice. Then switch it back to auto to use all of the voices.

Now you know what’s in the Combinator and how to use it. If you find that other mappings or CV routings are useful, feel free to post in the comments section below.