The MultiSubtractor patch using Distributor is a great way to get a unique set of sounds from multiple Subtractors. The patch is nice, but it would help workflow to have common envelopes for all of the voices. This tutorial shows an example MultiSubtractor patch with Movement controlling the filter and amp envelopes. It is also an example of using the mysterious CV Breakout Box.

On the front you can see Distributor, which acts as a voice controller. The CV Breakout Box allows Distributor signals to go to both the Movements, which uses PolyCV, and the Subtractors, which use MonoCV. Then you can see the four Subtractor voices. 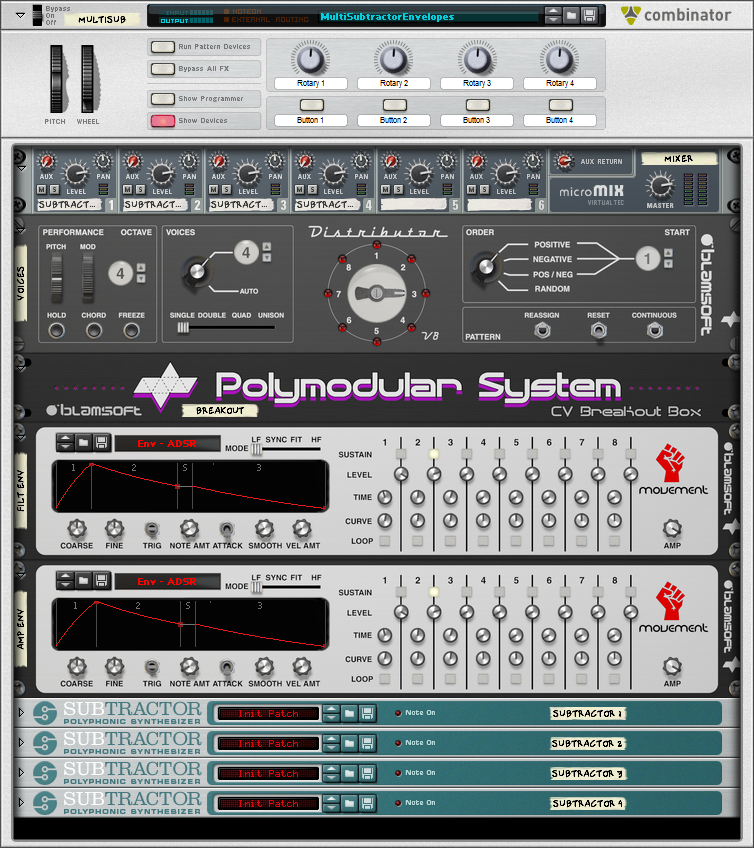 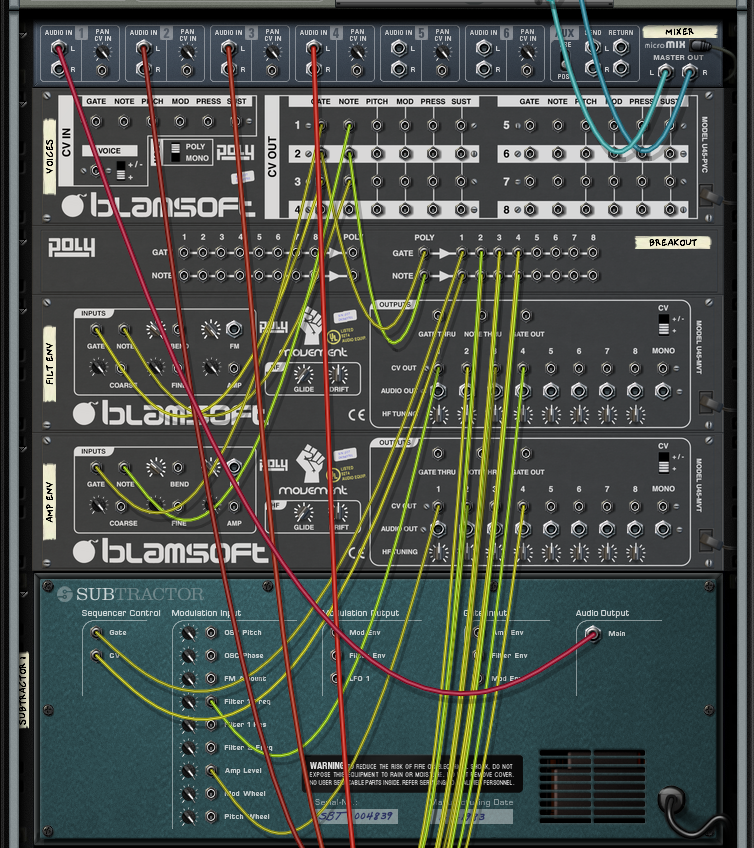 Now you know how to improve the workflow on a Distributor based patch by using Movement envelopes.